Today we woke up with a sixth sense for adventure. We wanted to go check out another set of ruins east of Palenque but we were really eager to get some dirt. We met a local that was willing to show us a small over grown two track that lead to a set of ruins called the Nadzcaan Ruins about 10-15km in. These ruins were officially located in the 60s and in the 90s they were a tourist site. Since then very little traffic has been up to them. We felt like explorers and even more so we felt like Indiana Jones. It was an experience that could never have been planned or duplicated. We felt so lucky to get to play out a dream character like Dr. Jones. Our camp spot was parked right between two Mayan 1000+ year old walls, a story to be remembered. 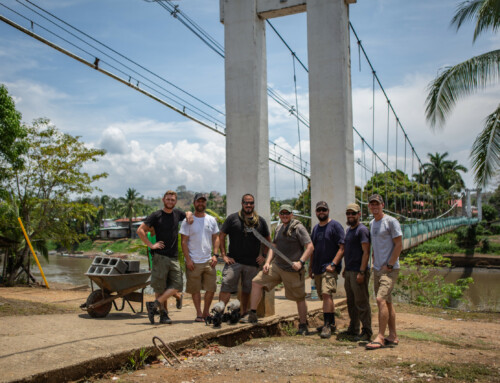 Back to the Land of Eagles and Apple Pie