The ability to communicate effectively is an essential component of any overland trip or trail run. Overlanding communications devices are helpful for both relaying messages between vehicles but are also crucial in an emergency situation. At Expedition Overland, we believe in multi-layered communication systems, including carrying more than one device, such as cell phones, radios, satellite phones, and a satellite communication device such as an inReach. Depending on the situation and the trip, however, not all of these devices are required. Wondering which comms setup is the best fit for you? We hope the following information will help you prioritize. 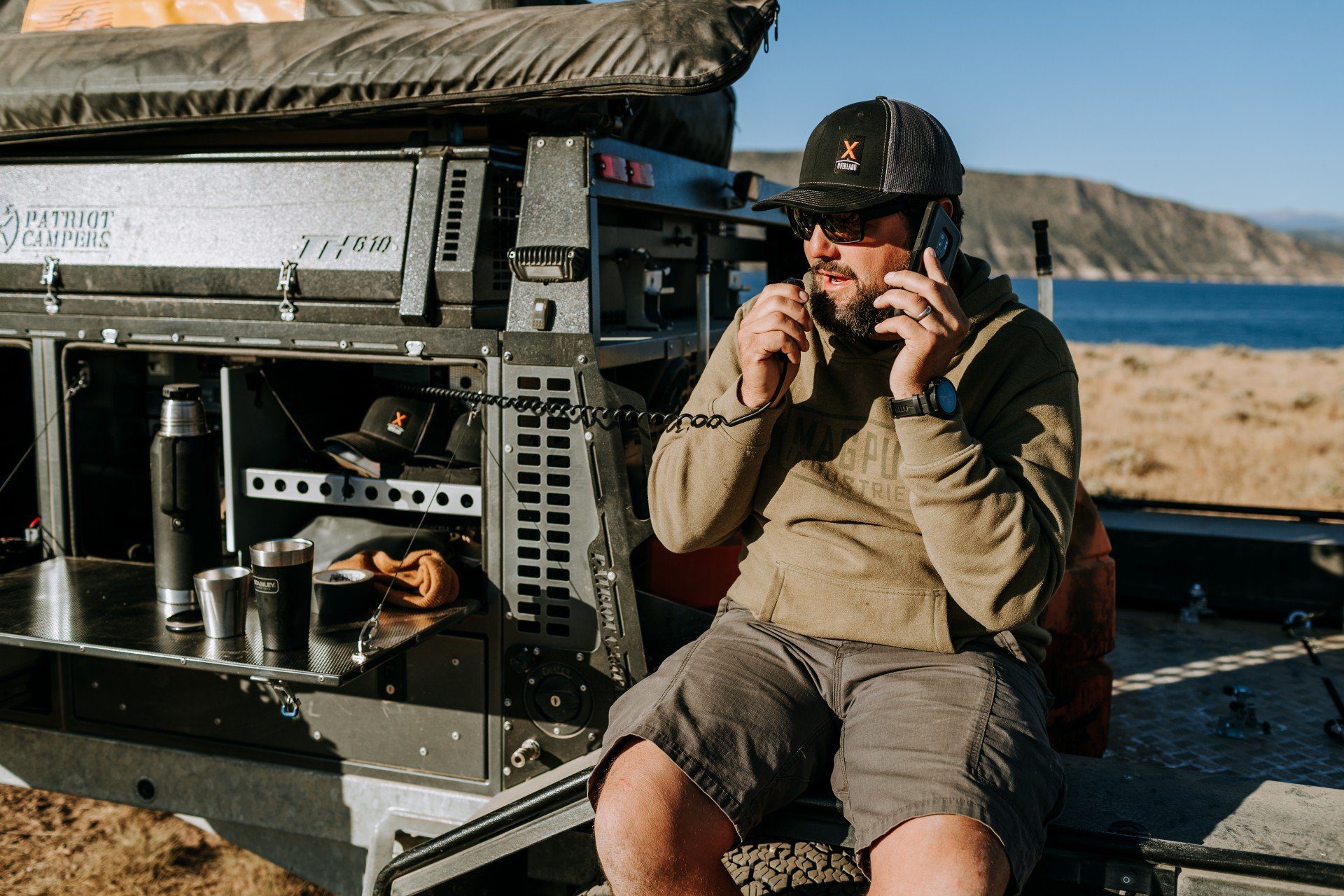 At the very minimum, a cell phone can be used as a fairly decent communication device, but perhaps you have a crew traveling together or are often out of cell phone range. One of the most popular radios is the CB Radio. As a general rule, these work fine for quick trail runs and if your crew will consistently be located less than one mile from each other, specifically in mountainous terrain. This can be restrictive, so to upgrade to the next level, FRS and GMRS radios are a great option.

The FCC defines the FRS radio as:

“… a private, two-way, short-distance voice and data communications service for facilitating family and group activities. The most common use for FRS channels is short-distance, two-way voice communications using small hand-held radios that are similar to walkie-talkies. The FRS is authorized 22 channels in the 462 MHz and 467 MHz range, all of which are shared with GMRS. FRS is also compatible with the General Mobile Radio Service (GMRS) although, unlike GMRS, FRS does not require a license.”

GMRS radios allow similar communications as the FRS and data for GPS location information (such as that featured on the Garmin Rino). GMRS broadcasts up to 5W on handheld devices. GMRS does require a license in the U.S., but not in Canada.

We carried Garmin Rinos for nearly 10 years. With this device we had the ability to talk directly and transmit locations as you talk. Rino users can also ping another user to determine their location. The two-way radio system is a great feature to have when your party wants to split up, for example leaving camp for a hike or rolling back into town for supplies.

It is important to note that the CB radio takes just as much work to install as a GMRS radio. Installation includes the main body and head unit, antenna cable, antenna and antenna mount. If you’re going to spend the money on a radio, it makes sense to choose the GMRS over the CB, as the higher power of the GMRS radio works that much better. Rugged Radios sells a great 45-Watt Complete GMRS Mobile Radio Kit. The Vertex Radios from Rugged Radios were also phenomenal. They held up to rigorous offroading, were super simple to use with 1 to 16 channels, and the sound was very clear. Another plus: these radios came programmed by Rugged Radios.

For more on how to choose between a FRS or GMRS radio, check out this learning center by Right Channel Radios. 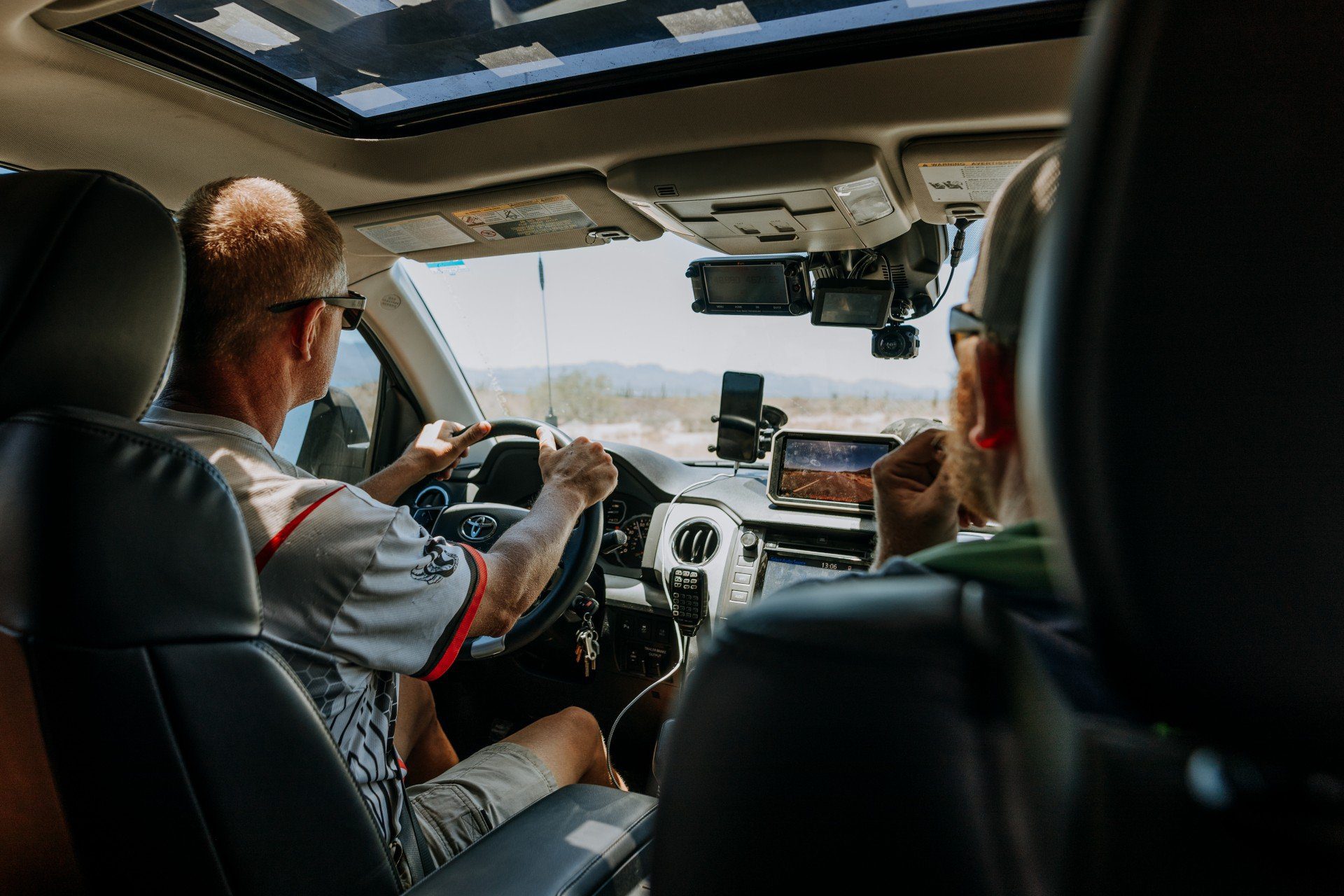 If you’re willing to make the leap, Ham Radios will help increase your communication coverage to around two miles. The Ham comes with its own set of restrictions, such as obtaining a license. Fortunately, the General Technician License is fairly easy to obtain and the test is an inexpensive $15. We primarily use Ham Radios because we’re trying to push the limits of our comms. They have a wide range of repeaters throughout the country and the world. They also have incredible power and the ability to communicate for hundreds of miles through a repeater site. Our head units are capable of transmitting telemetry, data, GPS coordinates, speed, and altitude – all elements that have come into play this past year when team members on the ground driving  needed to communicate with those who were in the air flying at the same time. We currently run the Icom ID 5100 Radios.

Ham Radios come in various qualities and prices starting at $35 to $45 on Amazon and ranging to upwards of $500 for the top units. 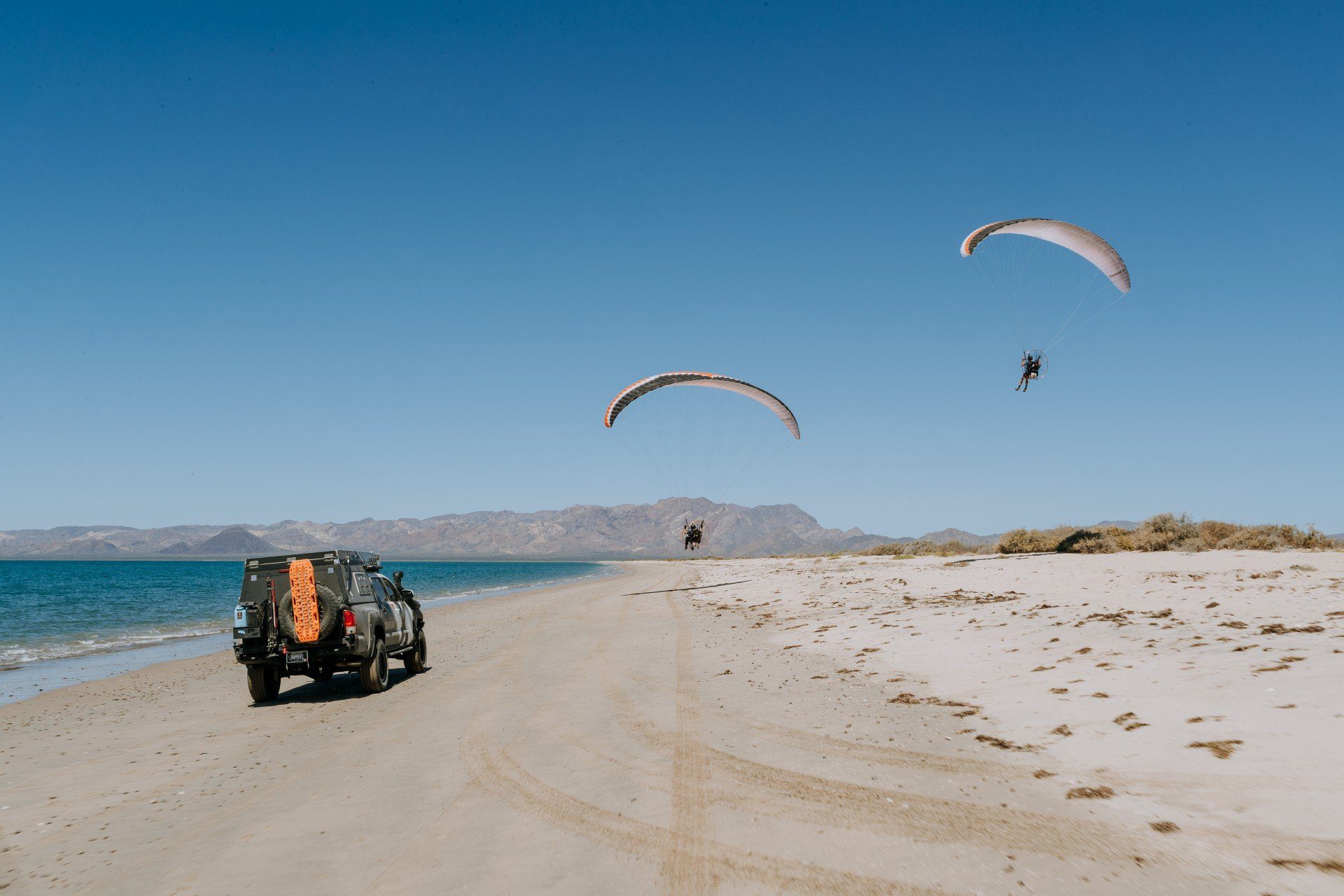 We hope you’ve found this communications post helpful. What kind of communications do you use? A cell phone? Or radios? Let us know in the comments below!

How to Start Filming Your Adventures 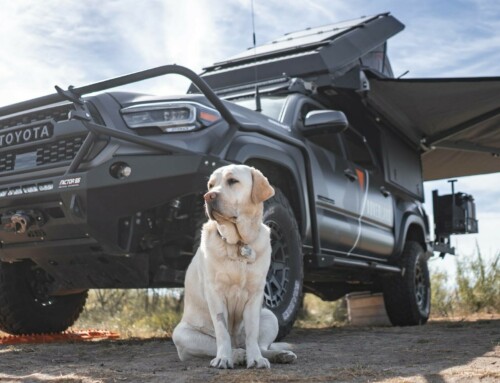 How to Go Overland Adventuring With Your dog!

The Best Coffee Brewing Methods for Camping and Overland Travel 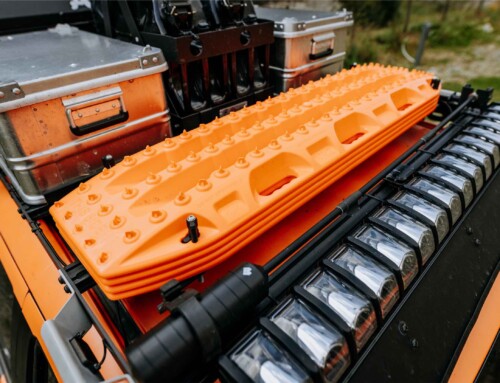 Your Overland Vehicle = the Perfect Setup for Upland Bird Hunting